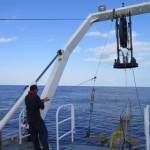 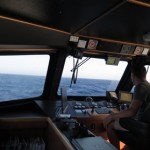 The aim of this integral part of the LIFE BaĦAR for N2K project was to map and characterise areas of interest within the 25 nautical mile Fisheries Management Zone surrounding the Maltese Islands to fill data gaps on deep sea bathymetry and seafloor composition, as identified during a prior analysis of existing data. The survey was carried out by the company Geomara, following the award of a tender issued by the Government of Malta’s Department of Contracts on behalf of the Environment & Resources Authority (ERA) (tender CT3105/2015).

The surveys commenced on the 28th of July 2016, and were finalised one month later, on the 28th of August. The first part of the work, the bathymetric survey, was completed on August 17th, and acquired acoustic data to map a total of approximately 130,000 ha of seafloor. The second part – sediment sampling for characterisation of benthic habitats – started on the 20th of August and was finalised on the 28th of August. A total of 50 sediment samples were collected from the areas previously surveyed by the multibeam echosounder. The bathymetric surveys revealed a diverse bathymetric profile, with underwater ridges, mounds, plateaus and canyons, with water depths varying from -186 to -1192 m.
The data collected will now be interpreted in conjunction with all the other data collected through the Remote Operated Vehicle (ROV) surveys, with the final aim of identifying areas to be proposed for protection.

The photographic exhibition ‘Our Sea, Our Identity’ was held for the second time in August 2016, and visited by more than 2000 people. This year the exhibition was set up in Marsaxlokk, Birgu and Marsalforn, Gozo.
A public talk on Natura 2000 was also held at each location, during which officers from ERA’s Protected Areas team provided information on Malta’s marine Sites of Community Importance.

The main aim of the LIFE BaHAR for N2K project is to gather data on the location, range
and conservation of 3 ecologically important marine habitats around the Maltese Islands,
namely: sandbanks, reefs and sea caves.
Following these surveys, sites that are considered a priority will be proposed for designation
as marine protected areas forming part of the EU Natura 2000 network.
An important aspect of the project is to achieve active participation by stakeholders by
providing a platform for discussion throughout the whole duration of the project.

A presentation was given by Dr Leyla Knittweis-Mifsud from the University of Malta – Department of Biology who, together with her colleague Dr Julian Evans, participated in the 2015 marine surveys led by Oceana, and provided their expertise and support.  The presentation gave an overview of the 2015 LIFE BaĦAR Project Survey Expedition, past research, anthropogenic impacts observed during the expedition, as well as future work in 2016. Please find presentation here.

Following the presentation, views were shared on potential areas of interest for the 2016 surveys, as well as feedback on anthropogenic  impacts relating to marine habitats, in particular impacts from diving (in caves) and from discarded fishing gear (benthic habitats).

Representatives from Transport Malta (Ports and Yachting Directorate), the Professional Diving Schools Association, Atlam Diving Club, Birdlife Malta, University of Malta (Department of Geography), and the Federation of Amateur Fishing Associations (Federazzjoni ta l-Ghaqdiet tas-Sajjieda Dilettanti Malta) participated in the stakeholder seminar, together with representatives from project partners MEPA, University of Malta-Department of Biology, and the Department of Fisheries and Aquaculture within MSDEC.

The deep sea around Malta: a biodiversity hotspot?

An outdoor photographic exhibition was held this August as part of the LIFE BaĦAR for N2K project. The aim of the exhibition was to increase the public’s appreciation for the marine environment, thereby increasing public participation in the promotion, conservation and management of marine habitats.

This will help to create a sense of ownership among the general public for the marine environment in the Maltese Islands, strengthening the Maltese people’s ability to identify with their natural heritage. This is important to ensure cooperation and compliance with conservation measures for the protected areas, when these are in place.

The exhibition commenced on Monday 10th August 2015 in St George’s Square Valletta, displaying 20 different local marine photographs, consisting of various themes such as people-sea interaction, marine biodiversity and seascapes. The exhibition remained on display in Valletta until Sunday 16th August 2015, and was subsequently displayed in two other localities: Sliema promenade (17th – 23rd August 2015) and Qawra, next to the Malta National Aquarium (24th – 30th August 2015). Public talks were held at the Malta National Aquarium and at the St Paul’s Bay Local Council on the 25th and 26th August 2015 respectively, to provide information about the project, marine habitats and the Natura 2000 network.

The official opening of the photographic exhibition was on Tuesday 11th August 2015, at St George’s Square Valletta. Malta Environment and Planning Authority (MEPA) Ecosystems Management Unit Manager, Mr Darrin T. Stevens, opened the launch, introducing the LIFE BaĦAR project and providing details about the aim of the photographic exhibition. The Hon. Dr Ian Borg – Parliamentary Secretary for the EU Presidency 2017 and EU Funds, highlighted the EU LIFE contribution to the project and mentioned that the 2015 call for proposals for LIFE grants is currently open, closing on the 1st October 2015, in which Malta has €12 million allocated for the period of 2014-2017. The Hon. Dr Michael Falzon – Parliamentary Secretary for Planning and Simplification of Administrative Processes, noted with pleasure how different entities are working together to carry out the project and the importance of marine research to learn more about the habitats around the Maltese islands. The Hon. Mr Leo Brincat – Minister for Sustainable Development, the Environment and Climate Change, highlighted the importance of these exhibitions, since they communicate the environmental message more effectively.

The exhibition will be held in another three localities next summer.

MEPA is organising a street photographic exhibition which will present an interesting range of local marine photos which will offer a better understanding of the diverse marine habitats found within the Maltese marine protected areas and the roles played by different stakeholders.

This exhibition will be held in the following venues:

Oceana launched the first survey expedition on 1st June 2015. The campaign will take place over two months and will collect information on marine habitats and species. Many of these areas will be surveyed for the first time ever.

Visit the expedition page for more information and regular updates!

MEPA, in collaboration with the Malta Institute of Professional Photography (MIPP), launched the competition ‘Our Sea – Our Identity’ on the 27th October 2014 as part of the awareness raising campaign of the Life BaĦAR for N2K project. The competition was open to all residents of Malta and Gozo and sought outstanding images depicting the interaction of people in the Maltese archipelago with their marine surroundings, and images of marine habitats and species native to the Mediterranean. Selected photos from the competition will be included in an outdoor street photographic exhibition that will be held in the summers of 2015 and 2016. The entries were judged by an independent expert panel of judges selected by the MIPP and MEPA.

The judging of the photographs was held on the 30th January 2015 and the three winning entries selected by the panel were ‘Diving’ by Joe Formosa, ‘San Blas’ by Phil Pryce and ‘Open Water’ by Sonia Silvio.

Photographic Competition – Our Sea, Our Identity

A photographic Competition and Exhibition is being organised by the Malta Environment and Planning Authority (MEPA) in collaboration with the Malta Institute of Professional Photography (MIPP).

The theme of the photographic competition is ‘Our Sea – Our Identity’.

The organizers are looking for outstanding images that depict the interaction of people in the Maltese archipelago with their marine surroundings. Suitable subjects may include divers, ferry crossings, boats, marine habitats and species native to the Mediterranean, seascapes, fishermen, bathers, beaches, etc.

20 photos will be selected and each printed on A0 display material. These will then be exhibited on panels in an outdoor street photographic exhibition that will be set up in a number of different localities around Malta and Gozo over the summer in 2015 and 2016.

12 photographs may be selected to feature in a calendar promoting the Life BaĦAR project.

Printing, mounting and the setting up of the exhibitions are the responsibility of MEPA, and the entrant does not incur any costs. 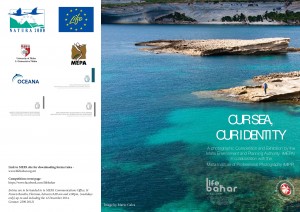