The 3rd stakeholder seminar of the LIFE BaĦAR for N2K project was held at ERA premises on the 4th of July, 2017. The aim of the seminar was to inform stakeholders on the outcomes of the project surveys, which were completed in 2016, and to provide them with information on how these results will be used in the next step of the project – the identification of new potential Sites of Community Importance.

Dr. Julian Evans from the Department of Biology (University of Malta) explained the findings on the three habitat types considered under this project – marine caves, reefs and sandbanks. New, previously unknown, caves were found i 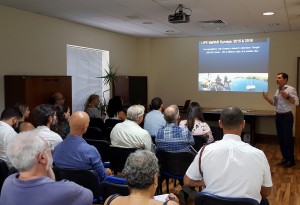 n high density along certain stretches of the coastline of the Maltese Islands. Information on cave assemblages was also obtained through the surveys, noting that there are changes in organism species composition connected in relation to the light gradient and water flow within these caves, which vary in terms of physiognomy.  Unexpected discoveries were also made during the surveys, such as the presence of offshore, deep water caves, found even at depths of 250 – 795 m, the deepest of which may have been formed during the Messinian (approx. 5 million years ago).

In relation to reefs, the location of coastal reef areas was already well-known prior to the start of the project, but information on reef assemblages was also recorded while surveying for caves. Surveys were also carried out in selected deep, off-shore waters within the Maltese Fisheries Management Zone (FMZ) for which no habitats data was available and within which new reef structures were identified, including ones supporting species such as corals that form biogenic frameworks. Other results presented included the observations of threats and pressures in the areas surveyed, which were mainly related to marine litter observed during the surveys. An overview of the presented results can be found here. 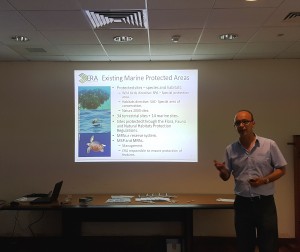