Marine litter is harming our marine ecosystems. It is our common responsibility to be part of the solution, not the problem, and help to keep litter out of our seas!

For more information on marine litter watch our new info-slot in English and Maltese.

Our fourth info-sheet on project findings is now available online!  Discover more about new protected areas for reefs and caves.

The publication is available in English and Maltese. 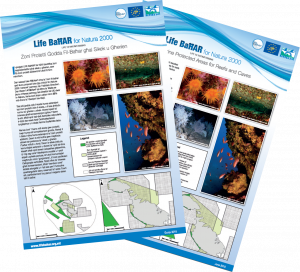 ERA has issued a call for quotations for the creation of four (4) short video recordings (info-slots) of approximately two (2) minutes each.
These info-slots are part of the public awareness activities of the LIFE BaĦAR for N2K project and will contain information on various pressures and threats on the marine environment.
The call closes on 13 April 2018 at noon. Details of the call are available online here.

A great success – the LIFE BaĦAR for N2K conference

It has been three intensive days filled with expert knowledge, legal expertise and interactions among all participants of the LIFE BaĦAR for N2K conference on Mediterranean Marine Protected Areas in Malta.

The first day focused on Marine Protected Areas in general with an introduction to the Natura 2000 network in Malta, an overview of the LIFE BaĦAR for N2K project, and work done through the project, in particular the project surveys and results. Furthermore, three international experts presented an insight in the designation and management of Natura 2000 sites, related and relevant projects for the Mediterranean region, and the status and need for reference conditions of important habitats.

The second day presented different aspects of management from a local to a regional scale, evaluating management measures, issues within MPAs, as well as synergies between the applicable policies. Case studies on applied management measures in the Northern Mediterranean and from the Southern region were presented and similarities and differences in management approaches discussed.

On the third day of the conference, the focus was on monitoring – from plans to be implemented to expert advice on appropriate monitoring techniques for different habitats. In the afternoon, representatives from different stakeholder groups and authorities, project partners, participants from the general public and international experts came together to discuss in small groups different aspects of MPA management and monitoring, present their experiences and views and suggest measures and approaches that could be considered in a local context.

To conclude this experience, all participants were invited to join the conference boat trip on the fourth day to visit some of the local marine protected sites.

The conference presentations can be found on the following links:

A new depth record for the precious red coral has been set, and it belongs to Malta! The deep sea around the Maltese Islands was investigated during two separate expeditions, in 2015 and 2016, as part of the LIFE BaĦAR for N2K project. During these surveys an underwater robot equipped with a video camera was used to explore the seabed down to depths of more than 1 km. The project scientists were surprised to find numerous colonies of the precious red coral (Corallium rubrum) growing down to depths of 1016 m – over 200m deeper than the previous record, also from Maltese waters.

The team of scientists from the NGO Oceana, who undertook the surveys, and the University of Malta’s Department of Biology, who were responsible for analysing the data, recently presented their findings at the 41st Congress of the International Commission for the Scientific Exploration of the Mediterranean (CIESM), which took place in Kiel, Germany from the 12 – 16 September 2016.

Prof. Patrick J. Schembri, from the University of Malta’s Department of Biology, explained that ‘red coral colonies are usually reported from depths ranging between 15 m and 300 m depth, and had never been recorded at depths beyond 800 m before. The colonies were part of a diverse community of living corals at depths of 300 to 1000 m. This record was a surprise to us all but it goes to show just how little we know about the sea which surrounds our own islands.’

Several other interesting findings made during the LIFE BAĦAR for N2K surveys were also presented at the CIESM congress. These included the discovery of a fossilised sponge reef at a depth of ca. 300 m, deep-water caves located at depths down to 450 m, as well as vast expanses of sand/mud habitats, inhabited by diverse communities of species including some rare and threatened ones.
Ricardo Aguilar, expedition leader and research director at Oceana in Europe, remarked that ‘Most of the sites where we encountered diverse coral reefs had never been researched before, and the findings of the LIFE BaĦAR for N2K project indicate that the deep-sea around Malta represents an important biodiversity hotspot’.

The LIFE BaĦAR for N2K project, through which these expeditions were funded, ultimately aims to ensure that vulnerable marine habitats, including deep water reefs, acquire protection through the designation of marine protected sites under Natura 2000, the European Union network that collectively safeguards the EU’s most valuable natural areas. The information gathered during the surveys will enable the formulation of more effective conservation measures to address the identified pressures, including from marine litter and discarded fishing gear. 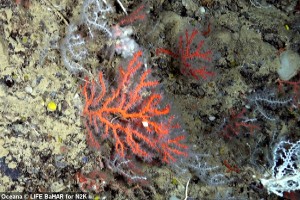 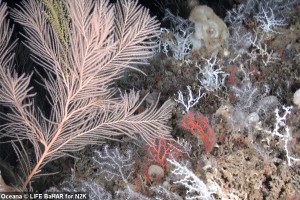 By lifebahar | Uncategorized | No Comments